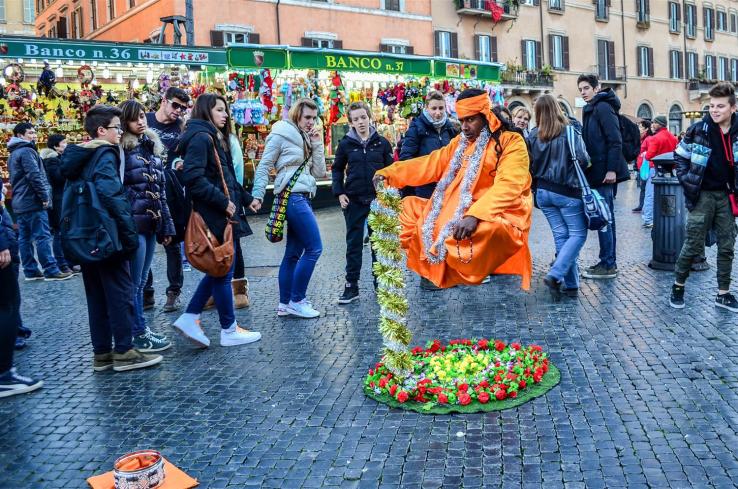 There seemed to be some magic on the streets of Rome and some passersby were indeed quite amazed at what man-in-orange did here but…I couldn’t have been the only to have seen through his trick immediately!? It wasn’t really that mysterious, though he did give me the evil eye as I was taking this photo secretly without dropping a coin or two in his can. Then I sneaked away, though I supposed he wouldn’t have been able to catch me even if he wanted to 😛