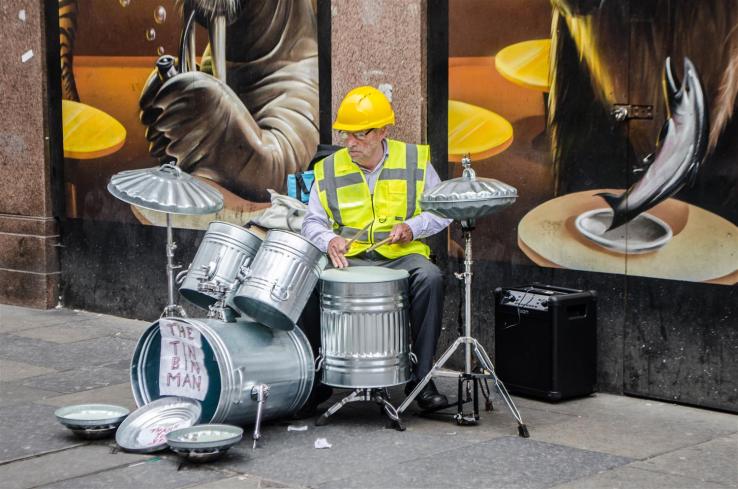 The Tin Bin Man is becoming (or has become?) somewhat of a Glaswegian legend. He’s been spotted in various areas around the city centre, and I saw him a few months in front of the Argyle Street mural. His enthusiasm certainly put a big smile on my face. Rock on, buddy!

One of the reasons I like watching street artists perform because often they look like they’re having a lot of fun. Take this group of medical students from Porto, for example. Taking some time off from saving lives and performing to earn some extra cash for their expensive tuition (why they were in Geneva I had no clue), they formed a nice little orchestra and amused many passersby, including our group. Some talent they have – we certainly had fun watching them!

A #tbt photo of my sister in her 4th grade (or was it 5th?) band as a clarinet player. Chubby and adorable ^_^ I should get her a clarinet someday – now that she’s almost 20, she can certainly pick it up again and maybe someday we’ll have that Super Mario duet that I had been dreaming of… 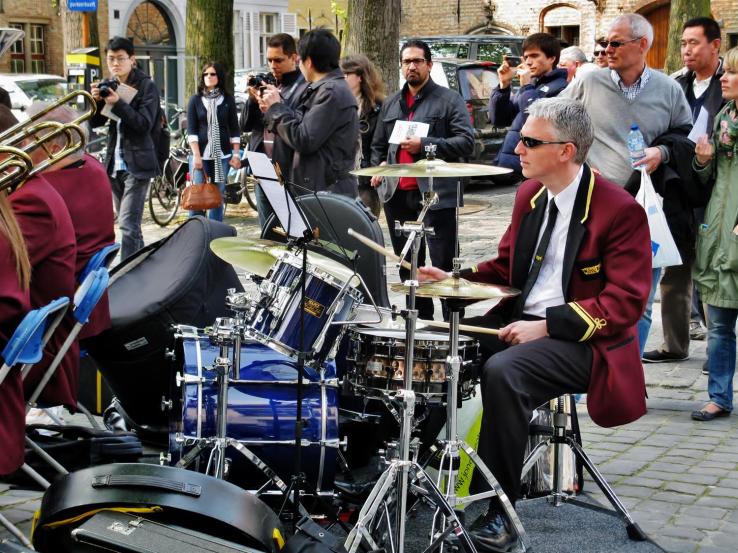 If there is a definition for “badass”, it’s this guy. During my first trip to Bruges, while I didn’t enjoy the city itself as much as I would have liked to, the sound of “He’s A Pirate” from the Pirates of the Caribbeans movies sounded from a distance and made my day. I turned the corner to see a full band playing the song right in the middle of a public square, and of course, this badass drummer guy caught my immediate attention. Such style and composure – I would have believed you if you said they were a band of pirates in Bruges! 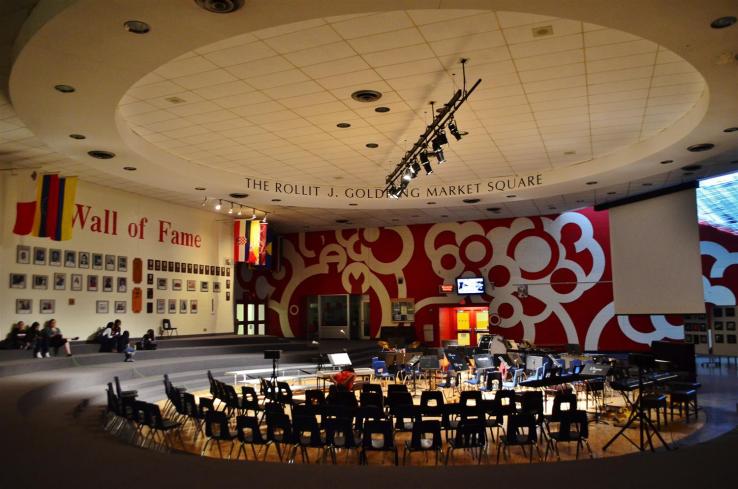 My sister informed me last minute that tonight would be her school’s (I went to her school before) spring concert. Of course I’d go! I had been part of the school band, and consequently the school’s spring concert, during all four years that I was there, so I had to go and show my support. Let’s get ready for a good show 🙂