Ducklings are the most adorable things ever and I was fortunate to spot a bunch of them during a stroll at Queen’s Park. No ugly ducklings here!

During my hike on the Isle of Lismore, I was wary of stepping on poop that would appear anywhere in the tracks. I almost did step on something that I thought was a pile of poop but as I swayed sideways to avoid it, I realized that it wasn’t poop at all – it was something that moved! Upon a closer look, I saw myself staring at a huge toad (if that was a toad?) and it staring back at me. Sure glad I didn’t step on it!

I have a particular liking for rabbits because in the Chinese zodiac, I was born in the year of the rabbit. Last week as I was taking a stroll in Glasgow’s Queen’s Park, I saw one of them hopping from here to here and managed to snap a photo of it before it disappeared in the bushes. Hi…and bye! 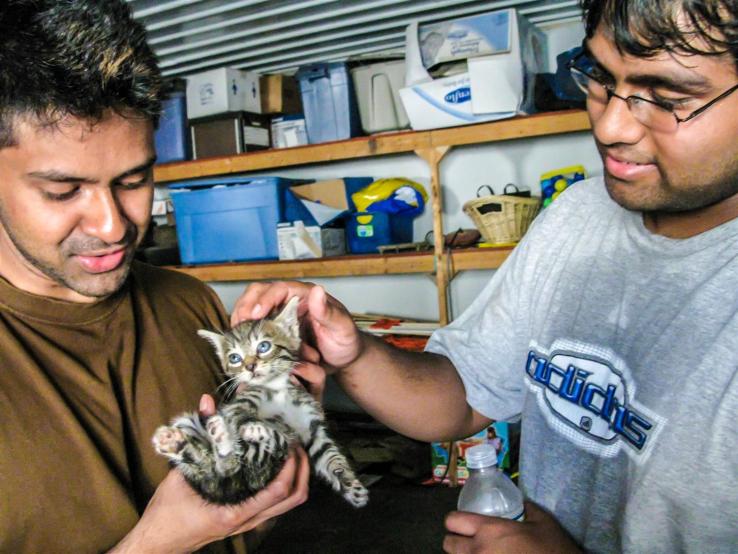 I always melt when I look at this photo – not because of my two colleagues at Notre Dame, but because of the adorable ball of fur in their hands! I think this was Sarah’s newborn kitten at the mercy of two grown men, but it has conquered even them! Meow 😀

Badass cats will cause my demise one day. One sharp stare and this beauty has already stolen my heart.